Alliance has released new images of its proposals for a spectacular renovation of a historic nineteenth-century carriage works, as it submits its planning application for the redevelopment of the site on the corner of King Street West and St Mary’s Parsonage in Manchester city centre.

Alliance is looking to create a unique and inspiring new commercial destination in this increasingly vibrant part of the city, located a stone’s throw from the bustling areas of Deansgate and Spinningfields.

The proposals include a meticulous heritage-led renovation of a historic carriage works and inner courtyard, which will celebrate and breathe new life into one of the city’s most interesting industrial buildings and create a truly one-of-a-kind workspace.

Alongside the renovated carriage works would sit a striking new 13-storey building fronting King Street West and Motor Square, with its landmark design and sustainable credentials helping to deliver the aspirations of the St Mary’s Parsonage Strategic Regeneration Framework to create a thriving commercial-led neighbourhood.

Overall, the development would create 64,122 sq ft of best-in-class office space, alongside a colonnaded ground floor with new retail units which would enhance and activate Motor Square as a key focal area of public space. Further improvements to the surrounding side streets would greatly enhance the setting of the buildings and invite people back into this historic yet currently underused corner of the city centre.

“It’s been a real privilege to design a scheme for such an interesting and complex listed site within the city centre, working to understand the heritage significance of the different buildings.

“During our recent public consultation, we talked to people in detail about our design approach, which includes the sensitive renovation of the carriage works and inner courtyard – as the most historically important parts of the site – alongside the proposed replacement of the existing Reedham House building which fronts King Street West. Despite appearances, Reedham House was almost completely rebuilt in 1926 and then again following bomb damage in WW2, meaning that it has very little heritage value.

“It entirely makes sense to protect and enhance the most significant heritage asset, which is made possible through the redevelopment of the less historically important buildings on site, and replacement with a striking, new-build sustainable office building which we are confident will make a positive addition to the area.”

“We are delighted to unveil these images to give people a better sense of the sensitive approach and beautiful detailing we’re planning to take to breathe new life into the historic carriage works, alongside our sustainable, striking new building which will complement the new developments coming forward in this burgeoning part of the city centre. We’re confident this development will provide the type of unique and characterful workspaces we know that occupiers desire.” 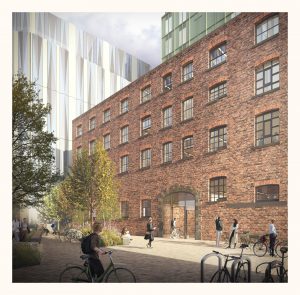 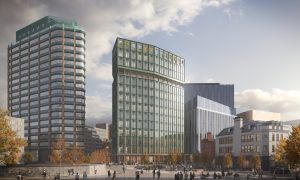 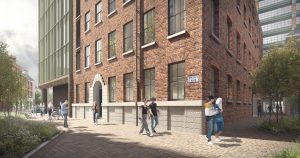 Three and Four Piccadilly Place have become the first buildings in Manchester city centre to...

Property Alliance Group and Ares Management have secured a 35-year lease with Q-Park UK at...